How Single-Gender Camps Help Steer Away from Gender Stereotypes 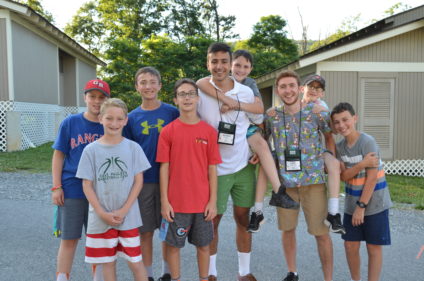 From a very young age, boys and girls learn and internalize what each gender is traditionally expected to like and do. They are taught that boys like sports, trucks and rough-housing, while girls prefer the arts, dolls and playing pretend. By the time children go to summer camp, they have already been exposed to years of gender stereotyping. In a co-ed camp environment, these stereotypes can be reinforced.

From the sports field to the mess hall, during social activities and clean-up operations, when boys and girls attend camp together, they tend to slide into traditional gender roles and place societal expectations on their same and opposite gender peers.

Single-gender camps on the other hand, can help boys and girls step away from what is expected of them as males and females and can allow them to learn what activities they prefer, food they enjoy and clothing they are comfortable in – as individuals. Here’s how:


At all-boys camps, boys interact with their counselors – men placed in the role of nurturers. The mostly male staff are trained to care for their campers’ physical and emotional needs, including dealing with homesickness, conduct issues and inhibitions. Male campers also learn that stereotypical “women’s work,” like cleaning up or cooking, is their job too. They are able to teach by direct example.

Meanwhile, at girls-only camps, female campers interact with women in positions of authority, who set the tone and establish what is expected of each and every girl at camp. Campers learn how a girl or woman can assume positions of power by observing how the camp directors, administrators and staff run day-to-day camp life. They witness the behavior modeled by their female counselors, who work tirelessly to provide a fun camp experience, within the bounds of camp rules and safety measures. And they get to assume roles of responsibility, leadership and authority themselves – by serving as Color War captains, forming “camper councils,” and more.

MORE OPPORTUNITIES TO “BE YOURSELF” NOT YOUR GENDER 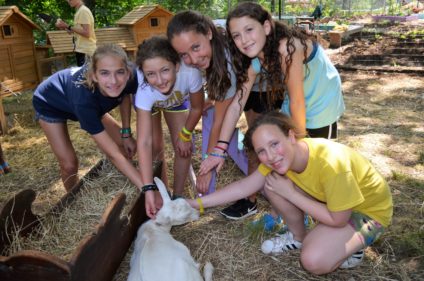 When both genders attend the same camp, boys and girls tend to fall into traditional gender roles and take part in activities that reinforce gender stereotypes. In single-gender camps, boys and girls are not weighed down by the drive to impress the other gender. Without the other gender isn’t around, campers increasingly feel free to be who they want to be.Time and energy otherwise wasted on boys and girls worrying about their appearance or showing off by engaging in “masculine” or “feminine” behaviors or activities can be redirected. Instead, opportunities for them to “be themselves” can be created. This way, campers can assume the roles they feel fit their personalities and become the camp’s resident athlete, clown, nurturer, artist, actor or free spirit. And when this happens, the gaps between boys and girls unsurprisingly begins to narrow.

A SAFE SPACE TO EXPLORE, UNDERSTAND AND EMBRACE THEIR UNIQUE IDENTITIES AND PURPOSES Beyond creating opportunities for resisting gender stereotypes, camps need to make sure that when boys and girls attempt to “be themselves,” they have a safe place to do so. At single-gender camps, staff are trained and empowered to encourage campers to explore and experiment with the behaviors and activities that form the identities and purposes that drive them. All-girls camps tend to advocate for “girl power,” encouraging female leadership, confidence and safety. All-boys camps tend to encourage campers to abandon the self-consciousness traditionally associated with stereotypically female preferences and try new things. Campers

need to feel comfortable in their camp settings to be able to build the skills and self-esteem that will allow them to better understand and embrace their unique selves.

BREAKING AWAY FROOM GENDER STEREOTYPES THROUGH PROGRAMMING AND ACTIVITIES 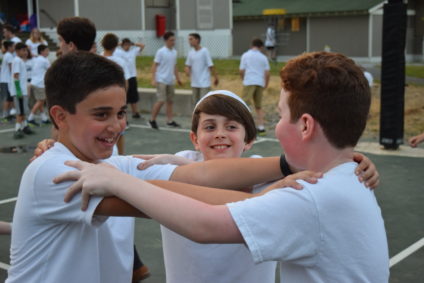 Successful camp programming should include opportunities for campers to develop physical, emotional and cognitive skills. This is accomplished by providing a wide variety of activities; from sports to arts, outdoor experiences to educational workshops. In the single-gender camp setting, the greater number and more diverse programs and activities there are, the higher the likelihood that gender stereotypes will be perceived as less important than getting in on the action and having fun. And single-gender programs tend to focus on individual growth, within a community environment.  That’s why at single-gender camps, boys and girls are encouraged to take part in all activities, especially those that interest them. They are taught to try new things that might be considered gender-specific outside of the camp environment. And they are supported in the roles assumed and connections made during these activities – within their own gender classifications.

Single-gender camps help boys and girls step away from gender stereotypes and discover who they are and what interests them. When everyone is of the same gender, there is less pressure to engage in certain activities over others and less of a desire to impress others by engaging in traditional roles. Surrounded by same-gender roles models, campers are supported to learn the nature of their true selves – a lesson they will carry with them for the rest of their lives.