Why is Jewish summer camp so important? It’s a question that is asked and answered by Jewish sleepaway camps across the entire spectrum of affiliation and observance. Jewish summer camps range from the ultra-Orthodox to non-religious Zionist camps to those directly affiliated with the Reform movement, as well as unaffiliated sleepaway camps like Camps Airy & Louise. While each type of camp presents its own variation of Jewish identity, each contributes to the building of a strong Jewish identity among our youth.

Here are the five main reasons why we believe sending your children to a Jewish summer camp is valuable: 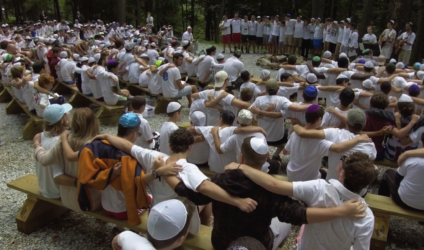 This is particularly true for children who don’t live in Jewish areas. Former Louise camper Sandy Minskoff said, “I grew up in a very non-Jewish area in rural Virginia. My Jewish experience was primarily at camp. Nobody understood really what it meant to be Jewish. I didn’t have a lot of Jewish friends at home.”Minskoff grew up with a strong Jewish identity, thanks in no small way to her time at Camp Louise.

The same fact can also be true for children who live in very Jewish areas. When kids attend camp, they learn that Jewish identity doesn’t end at school, synagogue or Hebrew school. At summer camp, Jewish learning and experiences are bound up with all the activities they do. A 2011 study conducted by the Foundation for Jewish Camp found that adults who had attended Jewish sleepaway camp as children ‘are 21% more likely to feel that being Jewish is very important.’ 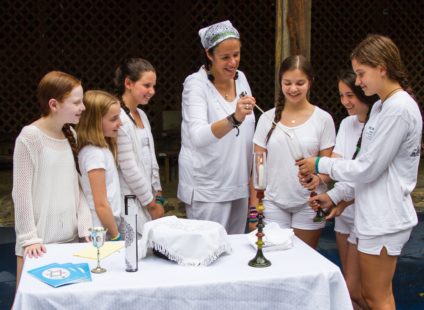 Summer camp is an ideal time to transmit Jewish values. Camps Airy & Louise place a great deal of emphasis on training campers in values such as hospitality, kindness, gratitude and leadership.
Every week, a different
positive character trait is highlighted in the ‘Midah (Hebrew for  “value”) of the Week’ at Camp Louise and in the ‘Mensch on the Bench’ at Camp Airy, and campers are honored for exhibiting it. Campers are encouraged to practice this trait and to notice it in their friends.

At camp, children absorb Jewish values happily and without pressure. Campers realize that everything they do during summer camp can encapsulate Jewish ethics and values without being directly ‘religious’ activities. For example, hospitality doesn’t only mean welcoming guests to the Shabbat table but also being welcoming to new campers and generosity extends beyond giving to charity. Values that build strong individual characters are also strong Jewish values.

Overnight residential camps nurture strong connections between campers, with counselors and by extension with the entire wider Jewish community. This sense of being part of the worldwide Jewish community is enabled as an outgrowth of the feelings of belonging and community that are developed in camp.

The diversity that campers experience at camp also helps them to see all Jews as brothers and sisters. Campers may have different ethnicities and come from different social backgrounds and income brackets, but their Jewish identity overrides all these separations. In the same way, they come to see that their connection to their fellow Jews is paramount even though they live in different countries, speak different languages and wear different clothes.

4. SUMMER CAMP STRENGTHENS GIVING TO CHARITY
The same 2011 FJC study also discovered that former Jewish summer campers are 25% more likely to give to Jewish charities. Like many summer camps, Camps Airy & Louise highlight the importance of tzedakah (charity). At Camps Airy & Louise, campers decide how to allot money through Kiva, the online charity that funds small businesses. Camps Airy & Louise foster campers’ sense of personal responsibility to camp and through that to their wider community. 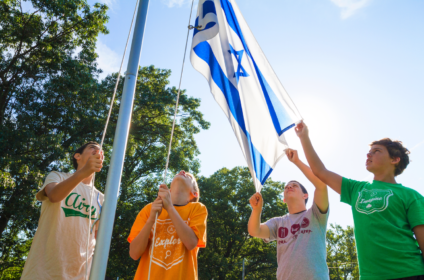 5. SUMMER CAMP INCREASES CONNECTION TO ISRAEL
Camps Airy & Louise are proud to be among many summer camps which welcome counselors and educators from Israel for the summer. American Jewish campers gain insight into the lives of young Israelis close to their own ages. At a time when Israel is under consistent scrutiny, camp plays an important role in building young advocates for Israel. Another finding from the 2011 FJC study noted that former campers are 55% more likely to feel emotionally attached to Israel. Simply put, summer camp increases the connection that American Jews feel with the Jewish state.

These are just five of the many ways that Jewish summer camps matter to their campers. Discover more in real life by joining Camps Airy & Louise this summer!